I was there for the beginning of the Super Bloom in Death Valley.  Then I went back for the ending.  I missed the middle, but I had stuff to do, like doctor’s appointments and whatnot, so… I missed that part.  But what I did get to see was pretty surreal. The last Super Bloom was in 2005, but I didn’t start going to Death Valley until 2006, so I didn’t get to experience that one. I got my first DSLR in 2008 and the following Spring I took it with me to Death Valley.  There were scatterings of Desert Gold here and there in the valley and I desperately tried to shoot them in such a way as to capture the weirdness of seeing tall, bright yellow flowers waving in the wind in a desolate place. I didn’t know what I was doing, so the impact was disappointing, washed-out and lifeless.  Over-exposed and flat.  Boring snapshots that said nothing at all. 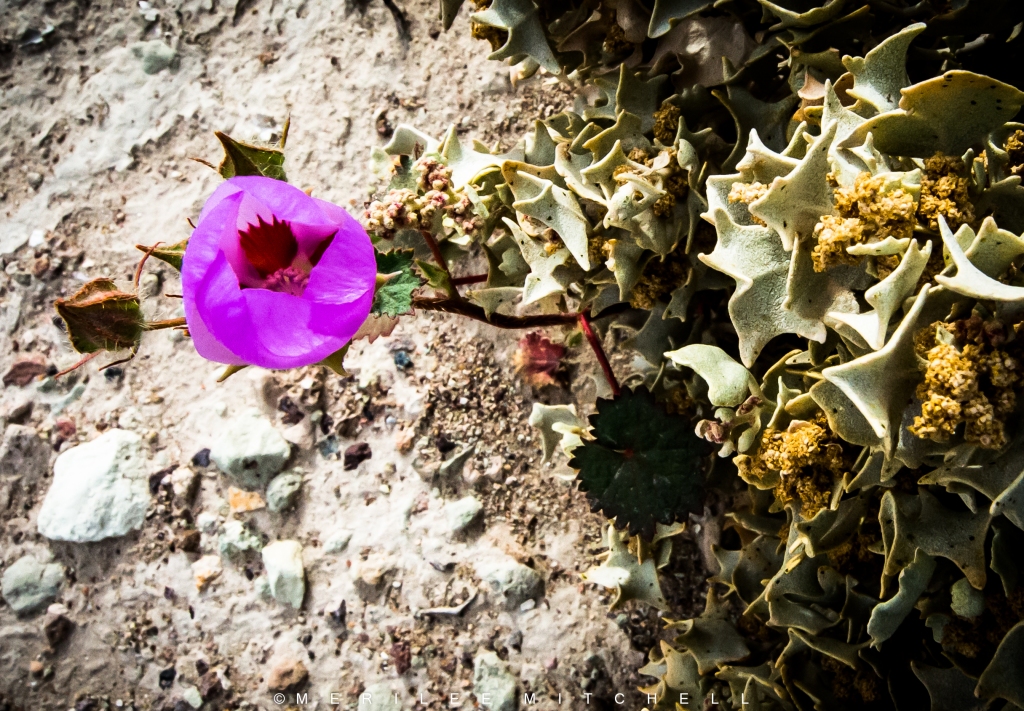 I was frustrated with that attempt and from then on, I have worked to try to tell the story of the desert so viewers can see and feel it the way that I do.  I want people to feel like they are there with me, experiencing the dryness and the wind, the huge expanse of freedom.

Super Blooms happen maybe every ten years or so in Death Valley, when there is enough rain at just the right time to help dormant wildflowers germinate.  Get rain too late and it’s not going to make a huge display of flowers.  But if there is precipitation in the fall, and a good amount in winter, then you just might get a Super Bloom. 2016 has been the year.  Death Valley received so much rain last fall that it damaged parts of the park.  But it helped bring on a display of wildflowers that has been pretty incredible. I’ve taken lots of photographs of desert flowers in past years.  There are always a few every spring and I manage to shoot them when I am around.  After I got a macro lens, that’s when it became fun.  There is a whole, tiny world through a macro lens complete with insects and spider webs.  Things you don’t normally see if you’re not really looking. A few of those is ok, but you lose the bigger story.  I want you to see where they are and get a feeling of the harsh conditions these flowers are managing to live in. I decided I had to do it differently, as much as I could.  You need to tell a story about the flowers.  Change the point of view.  Shoot them from up above, lay down on the ground, make silhouettes against the sky.  Capture them as they blow in the wind.  I want you to smell the fragrance through the image and feel their fragility. I have a back injury, so laying down on the ground on the rocks is not always an option, or one I can do the way that I want.  So I have to improvise and force myself to see and shoot in ways that keep the eye entertained while telling a story. That’s what image-making is all about.  Entertaining the eye. There’s nothing quite as magical as walking out in the desert on hard, dried mud and rocks where flowers are blooming from the tiniest, ground-hugging specimens, to tall, waving Desert Gold and Gravel Ghosts. It’s even better when the wind is howling and you wonder, “How am I supposed to shoot you when you won’t stand still?” But I figured it out.  You can’t make the flowers stand still, so you have to work with what is.  Let them blow in the wind and shoot them like that. It’s always super-special when the wind changes direction, becomes fierce and blows up billows of alkali and then I have to quickly hide my Nikon inside my shirt to protect it from grit and sand.  My hat blows off and rolls quickly across the terrain, me chasing after it, cursing. But that’s what makes it fun.  It’s the challenge of working in the desert under the harshest conditions that I like. While shooting a thick stand of flowers on the roadside, I got so involved with them that I didn’t notice a truck coming that was about to take me out.  Then I quickly decided that truck needed to be part of the story, because it was.  And is.  Trucks are always driving up and down Highways 190 and 127.  They are a part of the desert, of Death Valley. I think the best part of this trip was when I decided to sit down in the middle of a stand of desert gold in the wind while the late afternoon sun started to peek through the clouds. The flowers were above my head, blowing back and forth with their dark chocolate scent all around me and I shot and shot…  and shot.  Just me and the flowers out in the middle of nowhere.  I could have sat there for hours with those flowers. 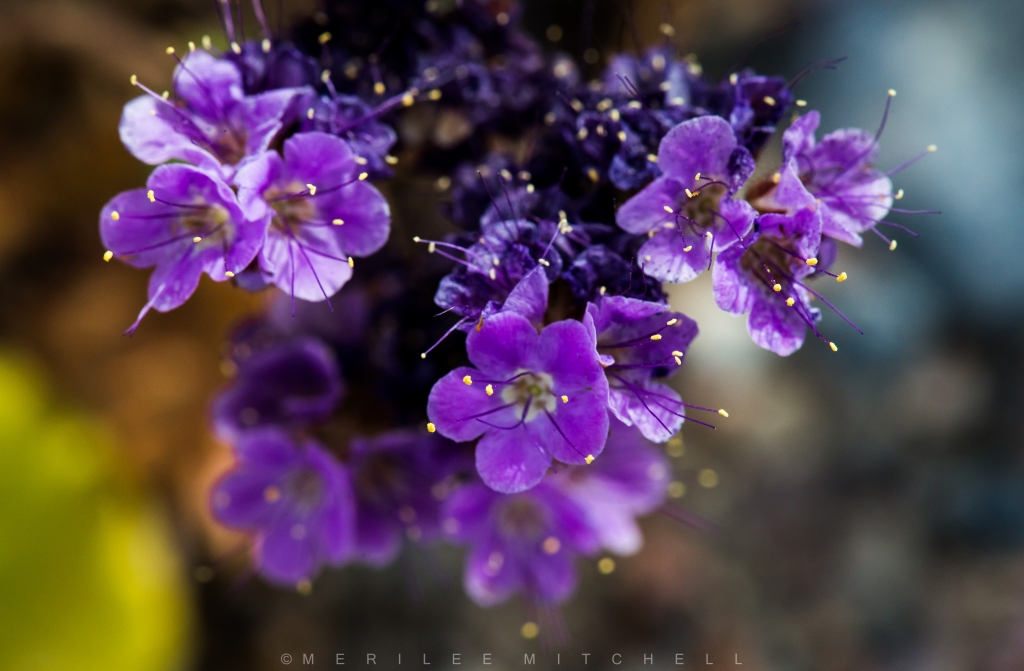 I came home with images that I love, because I decided to just let the flowers do what they wanted to do in the wind and the sun and the clouds.  And I tried to tell the story of their ephemeral life in the desert. Hopefully I’ll still be around when there is another Super Bloom in Death Valley, and I will try again to tell the story of the flowers that bloom when it rains in the desert.