Winter 2021-22 in California started out with a hefty amount of rain in December.  Too much, actually, since we now tend to get atmospheric rivers of water aimed at the west coast which slam it with too much all at once. 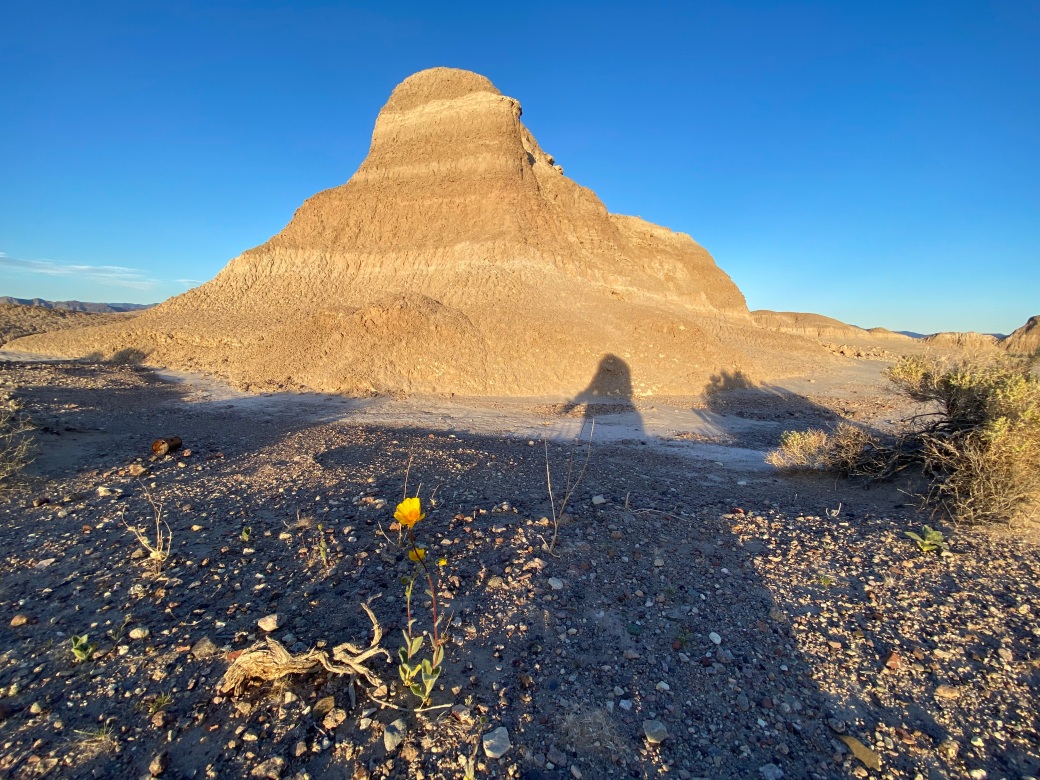 Sort of like if you don’t water your yard for months and it’s dry and baked, and you decide to turn on your hose full-blast and hit that hard soil with a ridiculous amount of water all at one time.  It can hold only so much water before soil starts slipping.  Then you have mudslides all up and down Pacific Coast Highway and Malibu ends up a mess.  For a minute…  But no one really likes to complain about it because we want that rain.  We need the atmospheric rivers, whenever they show up.  Our mountains don’t get enough snow and the reservoirs are running dry. 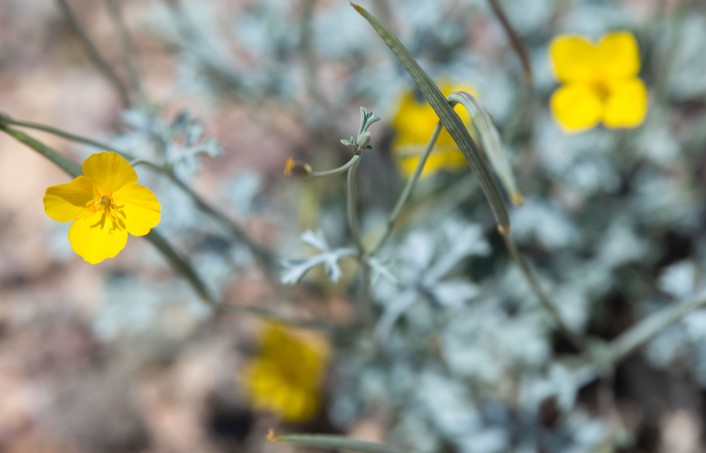 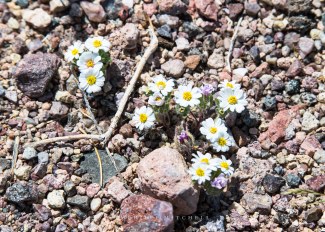 In December we all thought things were going along swimmingly, that La Nina wasn’t going to be mean to us after all and would have a little mercy, giving us the precipitation we need.  But in January the tap shut off, Santa Ana winds blew again (and again, and again) drying everything out and dashing everyone’s hopes for a decent rainy season. 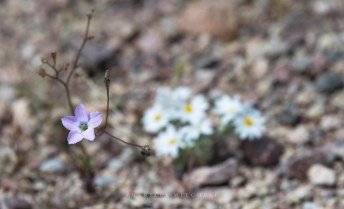 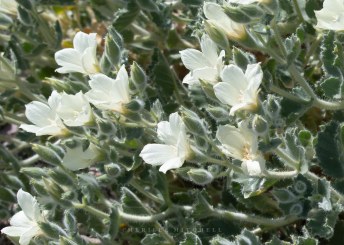 This not only kills the joy for everyone from farmers to gardeners, but also – wildflower lovers.  There is no Super Bloom for 2022.  A few scatterings here and there of poppies and lupines up along I5 between the LA Basin and the San Joaquin Valley, but not a lot.  I looked. So when I spent a big chunk of time recently out in the desert, I was not surprised to see hardly any flowers.  A few running alongside the I15, but not much.  So one day I went out on an excursion to see what I could find, if anything. I went up Jubilee Pass Road over Salisbury Pass at the south end of Death Valley.  Usually you can find flowers at the higher elevations, and I wasn’t disappointed.  They were there in occasional drifts alongside the road. 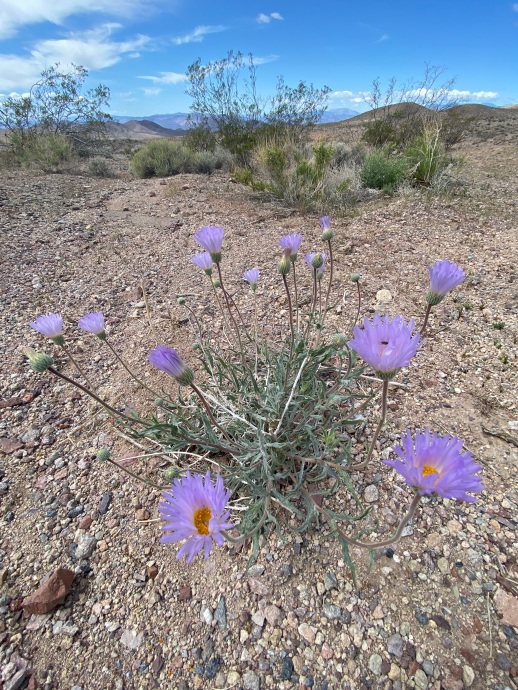 They were dwarfed, though, stunted and sparse.  But still, they are there if you look carefully.  Even growing in the cracks of the pavement on the road.  Or way up in rocks, which I always find fascinating.   There were a surprising number of gravel ghosts, which always thrills me to find my namesake hovering over the ground without a care in the world. 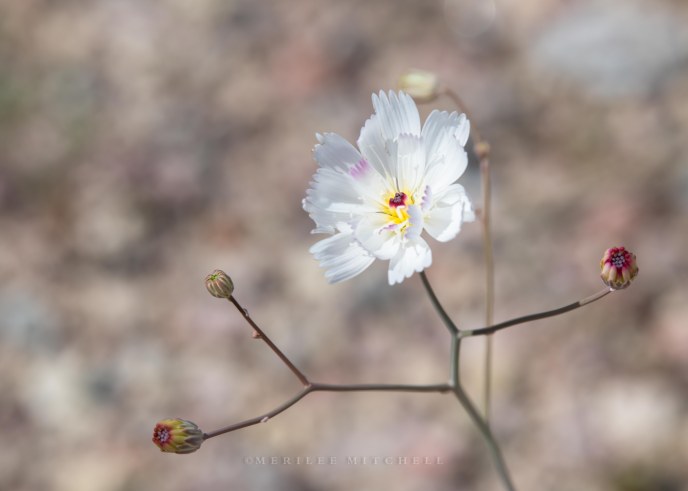 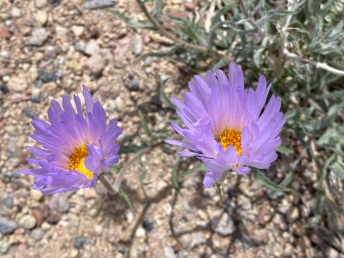 There’s always joy spending time with wildflowers.  They innocently bloom and bounce in the breeze, enjoying the sunshine and welcoming bees and bugs and are oblivious of the troubles in the world,  whether it’s a Super Bloom or a Little Bloom. 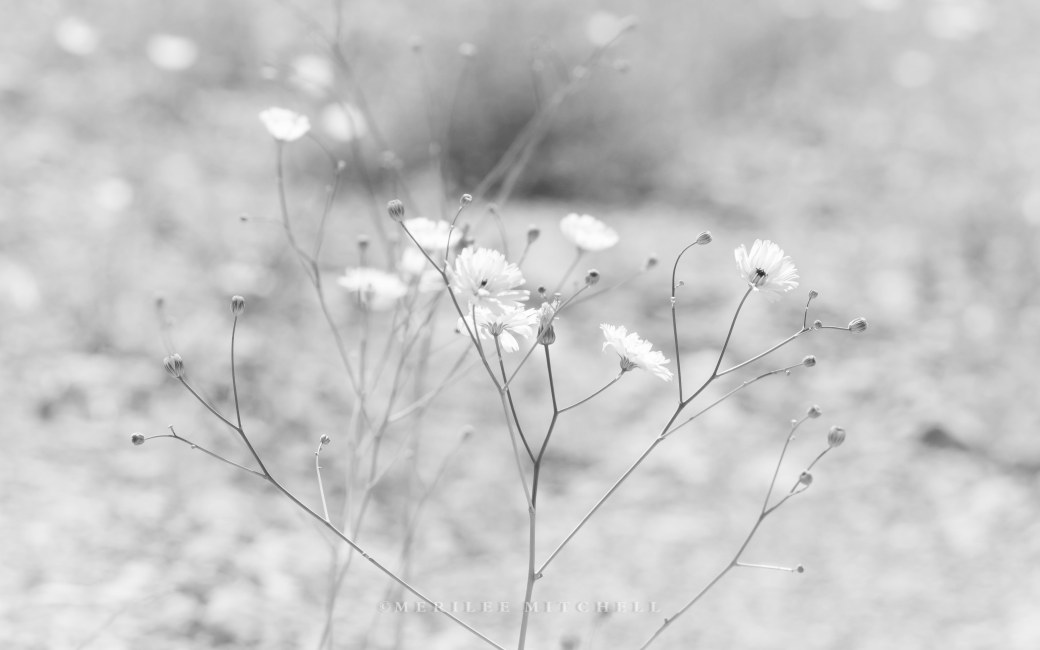